Autumn, kittens, deer and a hedgehog

I have been a bit remiss with blogging, because there isn't a great deal happening - although I am getting a lot of entertainment from Vashti's adventures. 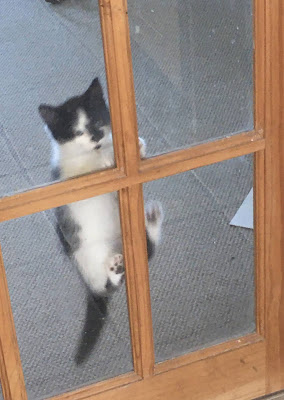 She and Loki are getting along better - mostly because Loki is tolerating Vashti's bounciness and adopting a policy of mostly ignoring her until she bounces too close or too often, at which point he will hiss and (usually) move away, and occasionally growl and/or cuff her around the ears if she doesn't take the hint. 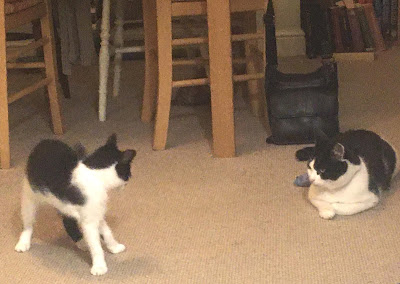 Vashti is  not noticeable daunted by any of it, but will generally cower a bit to show willing, before bouncing at home again as soon as he turns away! 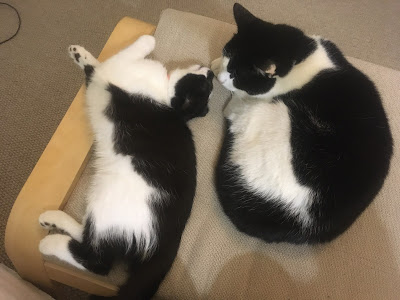 I have been going out for walks as much as possible, although with the nights starting to draw in, and the distractions caused by a kitten at home I have been out less frequently!
I haven't seen the badgers for a while - I suspect that now the ground isn't so dry, it's easier for them to find food so they are perhaps not ranging quite so far, and pf course th young ones will be getting older and more wary.
I have, however, continued to see deer quite regularly. 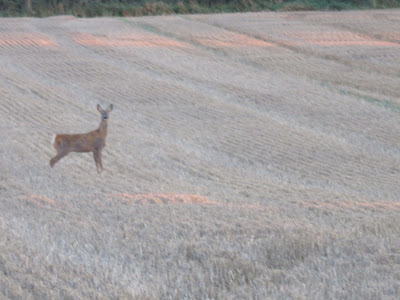 The deer continue to be spectacularly bouncy, 'pronking' vigourously.
I've also seen a hedgehog - I went out to put the bins out rather late, and heard a lot of rustling, in the hedge, which I assumed was Loki, so went to greet him, and found it was in fact a hedgehog, so I gave it some cat biscuits and wished it well. I haven't seen it again, but it makes me happy to know that there are hedgehogs (or a hedgehog) visiting the garden. 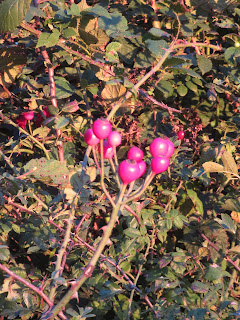 It is starting to look and feel quite autumnal - it's definitely chilly in the mornings, and I may have to consider putting the heating on soon, although I am hoping to wait until October!
Posted by Marjorie at 8:30 pm 1 comment: