Foxes and Badgers and Kittens, Oh My!

I have continued, despite the bad examples set by our politicians and their advisers. to stick to all of the guidance and lockdown rules, and have been remaining at home except for my daily walk, and occasional forays to the office when it hasn't been possible to work from home.

I have been doing a certain amount of gardening - I now have containers with tomato plants, pea plants and  courgette and carrots and a plant which I thought was going to be patty-pan squash but which I have now determined (on the basis that it has produced several small cucumbers) is in fact a cucumber plant. I had planted both, but clearly somewhere along the line, what with thinning and planting out seedlings,my labelling obviously went awry.

Since my last post, things have moved on. I continued to see the fox cubs for a while, until they got bigger (as did the nettles and brambles near their den) and harder to spot - the last few times I saw them they were some distance from the den and getting much more cautious.

I have also been seeing badgers quite a bit - I was fairly sure that there were some living in the woods as I had seen what I thought was the entrance to a sett, but didn't expect  to see the badgers themselves,until I went for a walk later in the evening than usual and saw one out in a field digging for earthworms.

Then after that I saw them quite a lot - they are surprisingly hard to spot, unless they are looking straight at you, as their grey fur is excellent camouflage, but if you are walking quietly on your own they make quite alot of noise digging and crunching roots and things.

And from time to time, if they are young and playful, making loud squeaky noises, as caught on video one evening in June! 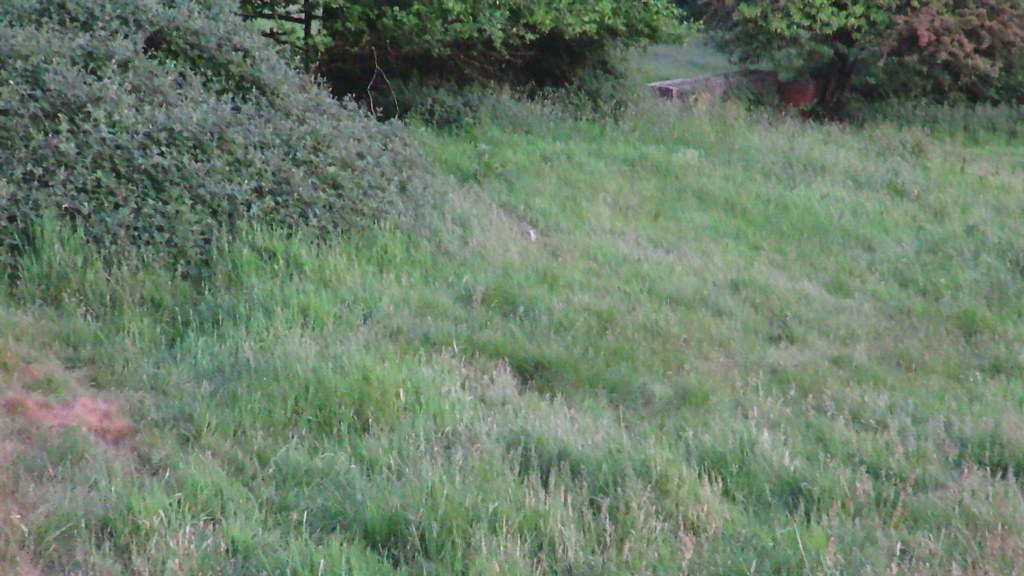 I then also found a second sett in a different area, and struck lucky one evening and saw about 5 or 6 badgers within about 15 minutes, including one who was industriously clearing out the entrance to the sett. 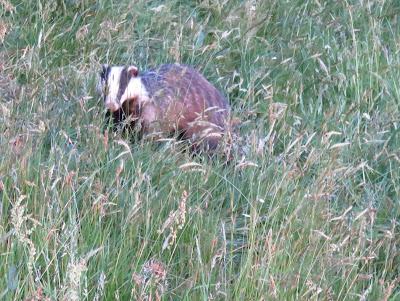 Of course, with no consideration for passing humans wanting to take pictures, they had built their sett in a ditch surrounded by lots of dense foliage, and had then emerged at twilight, so I couldn't take any very good photographs...

As lockdown here has eased, I am no longer working from home, but am now mainly in the office, where we have gallons of hand-sanitiser, lots of rules about keeping at least 2 metres apart, boxes of masks and restrictions on the number of people allowed in at any time. Fortunately we have older buildings - so most of us have individual rooms, or rooms large enough to stay distanced, and no aircon, so we can avoid major risks.

I have become used to attending court by phone or video instead of in person.

Meanwhile, a new member of my household has arrived. 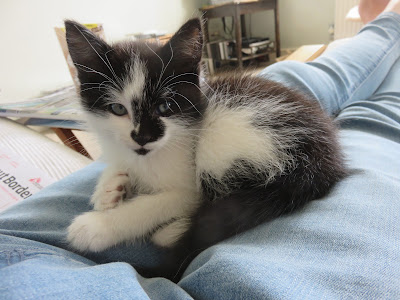 You know how these things go. You casually mention in passing to one person that you are considering whether getting a second cat would be a good idea, and the next thing you know, a co-worker shows you a photo of a kitten they just happen to have going spare, and then a new furry overlord arrives in your home.

This one Vashti, She is, as of today, 10 weeks old and weighs just under 2lbs. 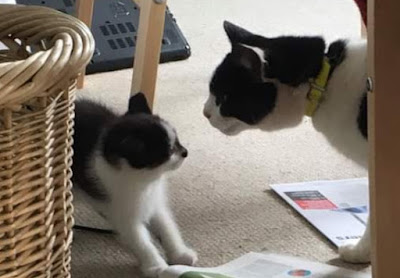 Loki is not yet convinced that this is a good idea, and there has been a good deal of hissing, but we are slowly making progress. I m ensuring that Loki gets lots of attention, extra treats and some kitten-free time with me, and am cautiously optimistic! 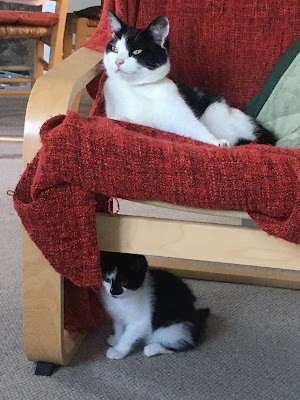 I have also, finally, after a long delay, had the guttering on my house replaced. It was very old and would leak and overflow badly in several places, but I had difficulty finding someone to do the work, then when I did, Covid happened and everything got put on hold.
Of course, sine the new gutters went up last week we haven't had any heavy rain so I have not yet seen them in action, but knowing they are up is a huge weight off my mind, as water pouring down the walls and not into the drains is not a good thing.

I am still going out for walks on a daily basis, kitten or no, but am seeing less wildlife at present - I think perhaps the young and incautious are growing up, and there is more food available so they don't have to forage as far!

All in all, and considering that we are still dealing with a global pandemic, things are OK. Mercifully, my family remain well. Running a business in these circumstances has its challenges, and I am sure that, like many businesses, it will not be a great year, but compared to what many are coping with, I am doing alright.
Posted by Marjorie at 3:24 pm

Excellent round-up post. Not everyone has been as positively productive during the lockdown as thee